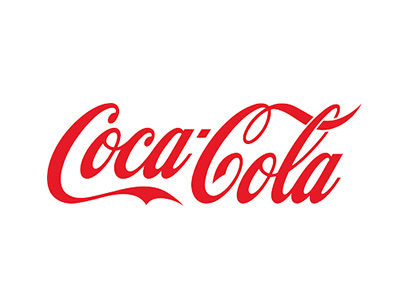 The Coca-Cola contour bottle, which dates back to 1915, is the most recognized packaging in the world today, and the exact formula is a famous trade secret. Over time the Coca-Cola brand has come to mean more than a drink, achieving celebrity status in many spheres of society. It represents the power of optimism and positive thinking. It is “happiness in a bottle”, it connects people and it brings out the best in the human spirit.

Coca-Cola is the only brand in the world to have an entire museum that showcases its history, current reality and future possibility. The New World of Coca-Cola in Atlanta is open to the public and is a “must see” if you are ever in that city. Coca-Cola contains sugar, high carbonation levels and caffeine.

It’s real, authentic, original and the best. Its taste is indescribable.

Sprite is a colorless, lemon-lime flavored, caffeine-free soft drink, created by the Coca-Cola Company. It was developed in West Germany in 1959 as Fanta Klare Zitrone ("Clear Lemon Fanta") and introduced in the United States as Sprite in 1961. This was Coke's response to the popularity of 7 Up. It comes in a primarily silver, green, and blue can or a green translucent bottle with a primarily green and blue label.

Fanta is a global brand of fruit-flavored carbonated soft drinks created by The Coca-Cola Company. There are over 100 flavors worldwide. The drink originated in Germany in 1941.

Here are over 90 different flavors worldwide. In Serbia, Albania, Macedonia, Bosnia & Herzegovina, Croatia and some other countries, there is "Fanta Shokata" (a wordplay between "soc" -elderberry in Romanian- and "shock") based on an elderflower blossom extract drink, traditional in Romania (where it is called Socată), Serbia, Macedonia, Bosnia & Herzegovina, Croatia and other Balkan countries. In Switzerland and the Netherlands, the local blackcurrant is used to produce Fanta as well. Some identical flavors have different names in different markets.

The original formula of Orange Fanta, available in Germany, Austria, and other countries, is completely different from the drink marketed in the United States as Fanta Orange.

Primary competitors to Fanta have included Tango, Mirinda, Slice, Sumol, Crush, Tropicana Twister and Orangina. Fanta was the second drink to be produced by Coca-Cola, after the original Coca-Cola. Fanta was recently relaunched in Singapore after being absent for a period of time.